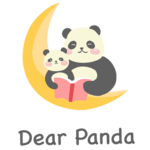 Included in the 2021 Panda Box.
"My Dad" is the author's tribute to all fathers, but from the life of Anthony Brown, this book also has the meaning of commemorating his father. Anthony Brown once said: "My father is a very special person. He looks strong and confident, but he is also shy and sensitive. He is a bit like the gorilla I love to draw. In addition to teaching me to draw, he also encourages I play all kinds of sports, such as rugby, football and cricket..." This tall and strong father in his eyes, but when Anthony Brown died suddenly of illness when he was seventeen years old, he was deeply shocked. It took many years to get out of the haze. Anthony Brown said that the tawny plaid nightgown, pajamas, and shoes on his father in "My Dad" were his father's clothes. They have been kept in the box for many years, and they still retain the smell of his father. The checkered pattern on the nightgown not only appeared on Dad, but also appeared on the title page and toast. Perhaps, in the eyes of Anthony Brown, his father's figure is everywhere!